New Delhi. June 25 is the golden date of Indian cricket. India won the first Cricket World Cup on this day in 1983. This victory of Team India, captained by Kapil Dev, was beyond expectation. That’s why not only the cricket lovers, the whole of India celebrated to become the world champion. Women or men and old or children, everyone celebrated in their own way. Remembering this World Cup victory, Sachin Tendulkar has posted a post on social media today (June 25, Saturday). He has shared 2 pictures with his post. The first picture is of Kapil Dev and his teammates carrying the World Cup trophy. In the second picture, Sachin Tendulkar is sitting on his brother’s shoulder and is celebrating the victory.

India won the World Cup on 25 June 1983 by defeating two-time world champion West Indies. This victory was very important for two reasons. Firstly, we became world champions for the first time in cricket. Secondly, India had defeated West Indies in the final, which the whole world was watching as champions. This is the reason why this victory of Kapil Dev’s Team India became an inspiration for Indian children and youth. Most players who played in the 1990s and 2000s believe that this victory became a source of inspiration for them. 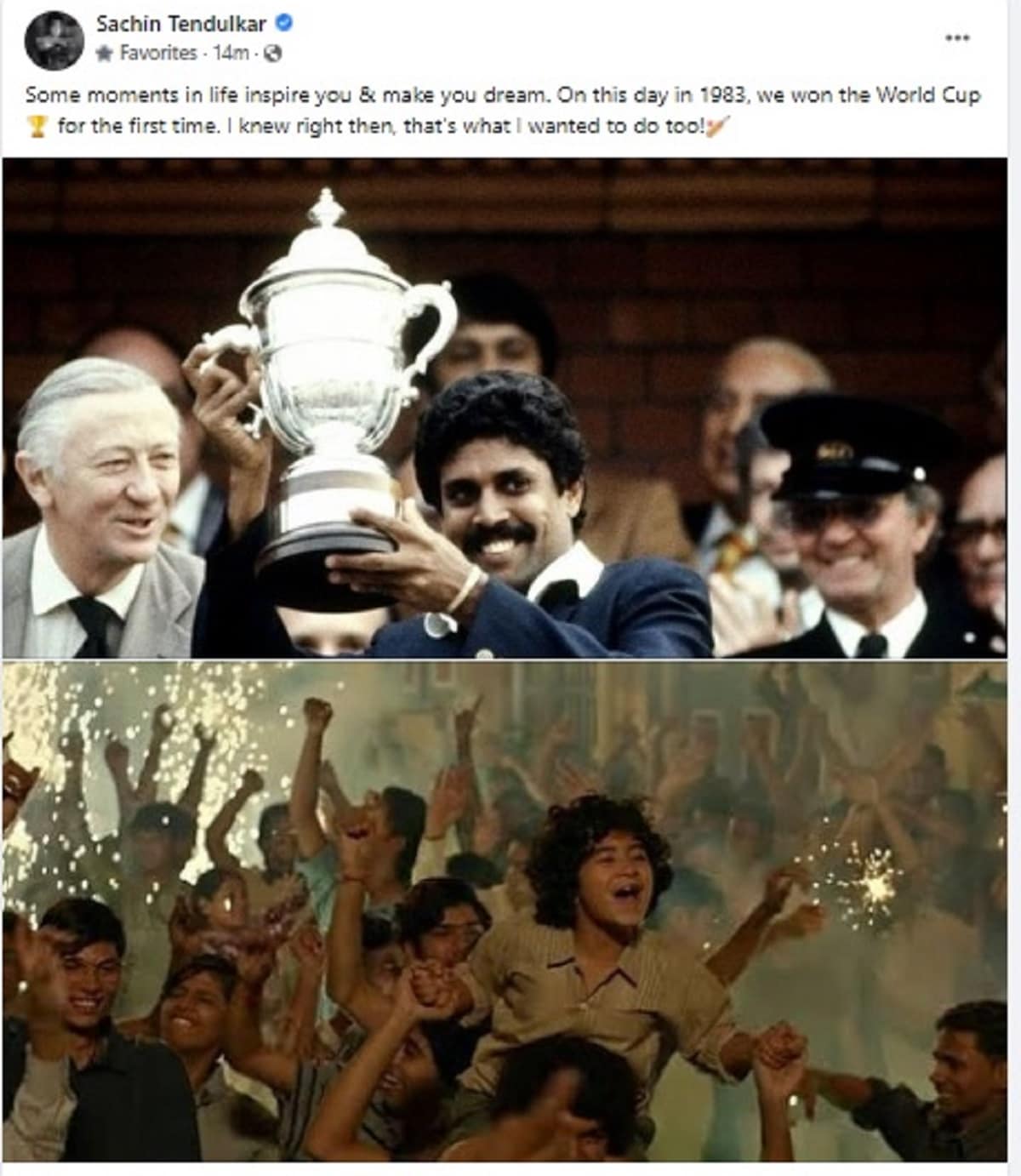 Sachin Tendulkar also wrote almost the same things in his Facebook post on the anniversary of Indian victory on Saturday. Master Blaster wrote, ‘Some moments in life inspire you and give you the courage to dream. On this day in the year 1983, we won the World Cup for the first time. I knew then what I had to do in the future!’