Assam is grappling with floods. Meanwhile, pictures coming from Mehrpur in Silchar, one of the big cities of the state, have caught everyone’s attention. The patients of Cachar Cancer Hospital here are forced to undergo treatment under the shade of trees on the roadside. There are dark clouds above and doctors treating patients and doing chemotherapy below. Let us tell you that most of the hospitals in the area are full of water for the last one week. In such a situation, the OPD of hospitals is also running on the roadside.

Talking to News18, Padmashree Dr. Ravi Kannan, Director, Cachar Cancer Hospital Society says, “The floods have devastated everything. Due to this things have gone beyond the capacity of the people. In such a situation, some NGOs, people are engaged in helping according to their capacity. The district administration is engaged in relief work.” 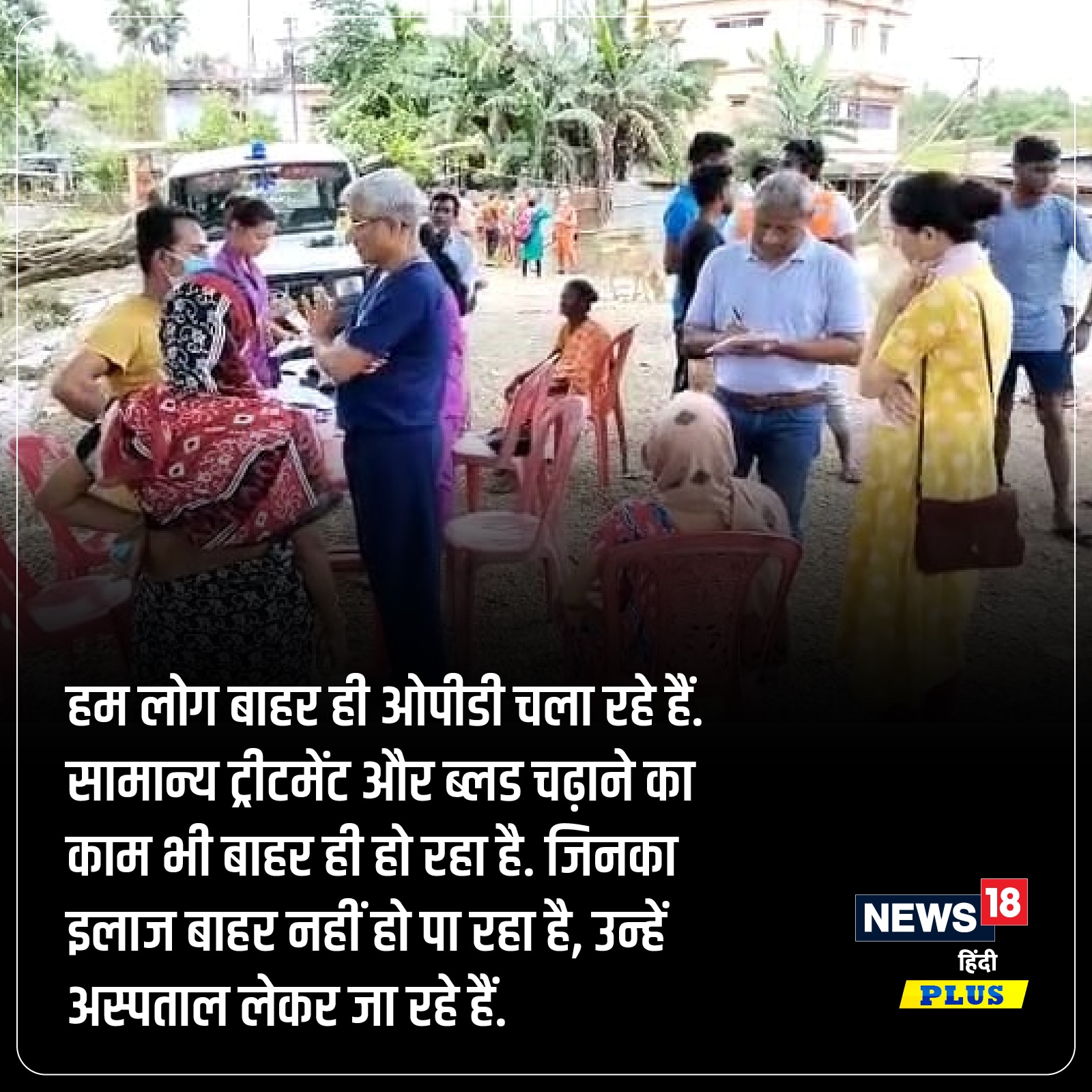 He says, “We ourselves are engaged in the rescue work. The road leading to the hospital is full of flood water. In such a situation, patients are forced to cross the same. In such a situation, we are running OPD outside itself. Normal treatment and blood transfusion work is also being done outside. Those whose treatment is not being done outside, they are being taken to the hospital. The nuclear medicine department is full of flood water.”

3 lakh people are affected by the floods
Let us tell that the Barak river flows in this city of South Assam. She is flowing above the danger mark these days. About 3 lakh people are affected by this. There NDRF, SDRF and Army personnel are engaged in relief work. The biggest challenge is not getting drinking water there. In such a situation, many organizations are sending water in packets there.

Cachar Deputy Commissioner Kirti Jalli told News18, “Food, water and other essential items are being transported by helicopter by the Indian Army to the people. Unmanned Aerial Vehicles (UAVs) have also been deployed there for relief work. Where and how much damage has been done through it, it is being estimated. 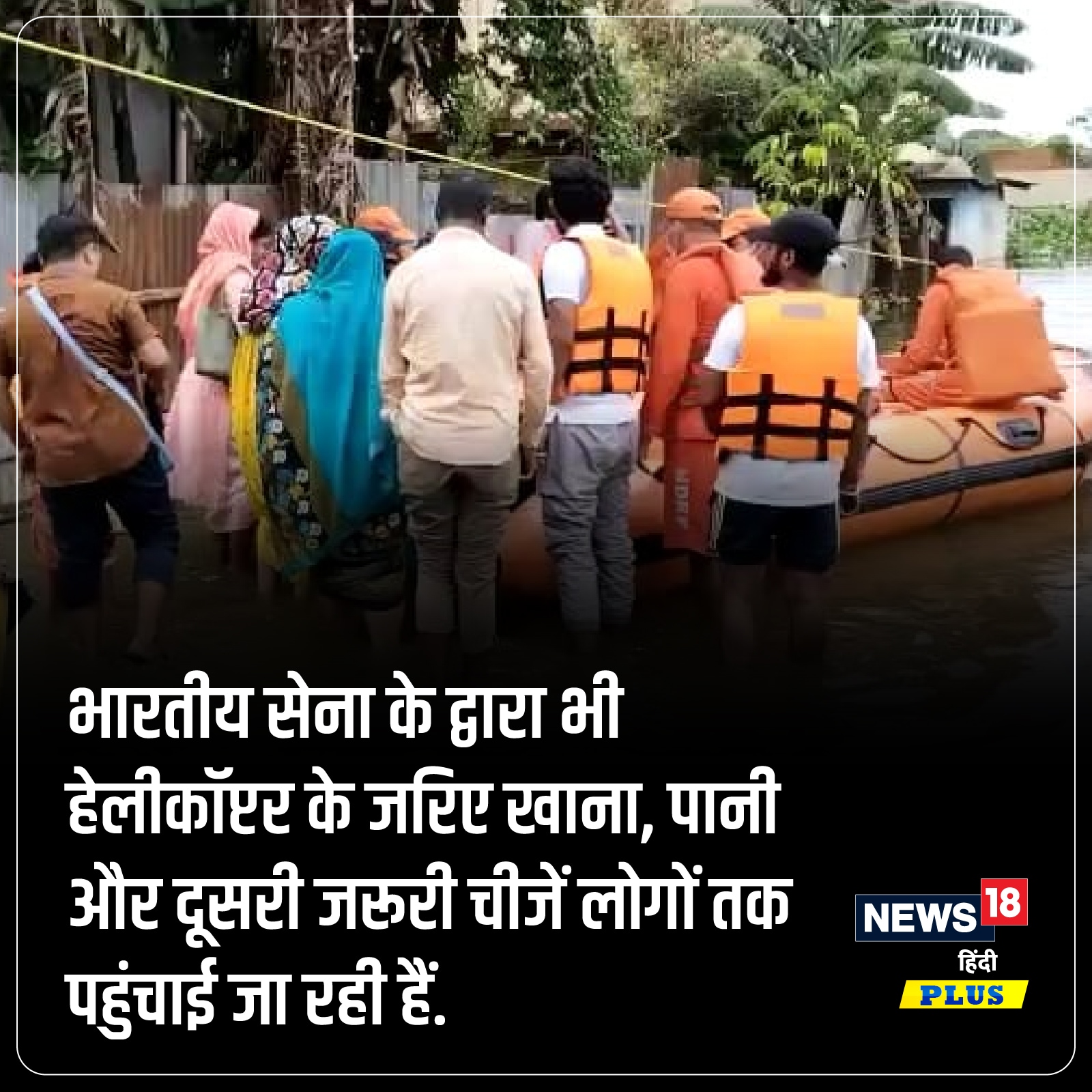 Millions of people are dependent on relief work
However, these days the flood water has started receding. But, along with this, there remains a situation like swamp and mud. The flood is returning leaving the mess with it. Lakhs of people are troubled by this and rely on relief work.

The deputy commissioner further said, “The Disaster Management Authority (DDMA) of the district, UNICEF and OXFAM have issued relief rescue operations by boat. With this they are not only delivering goods to the needy, but arrangements have also been made for treatment. 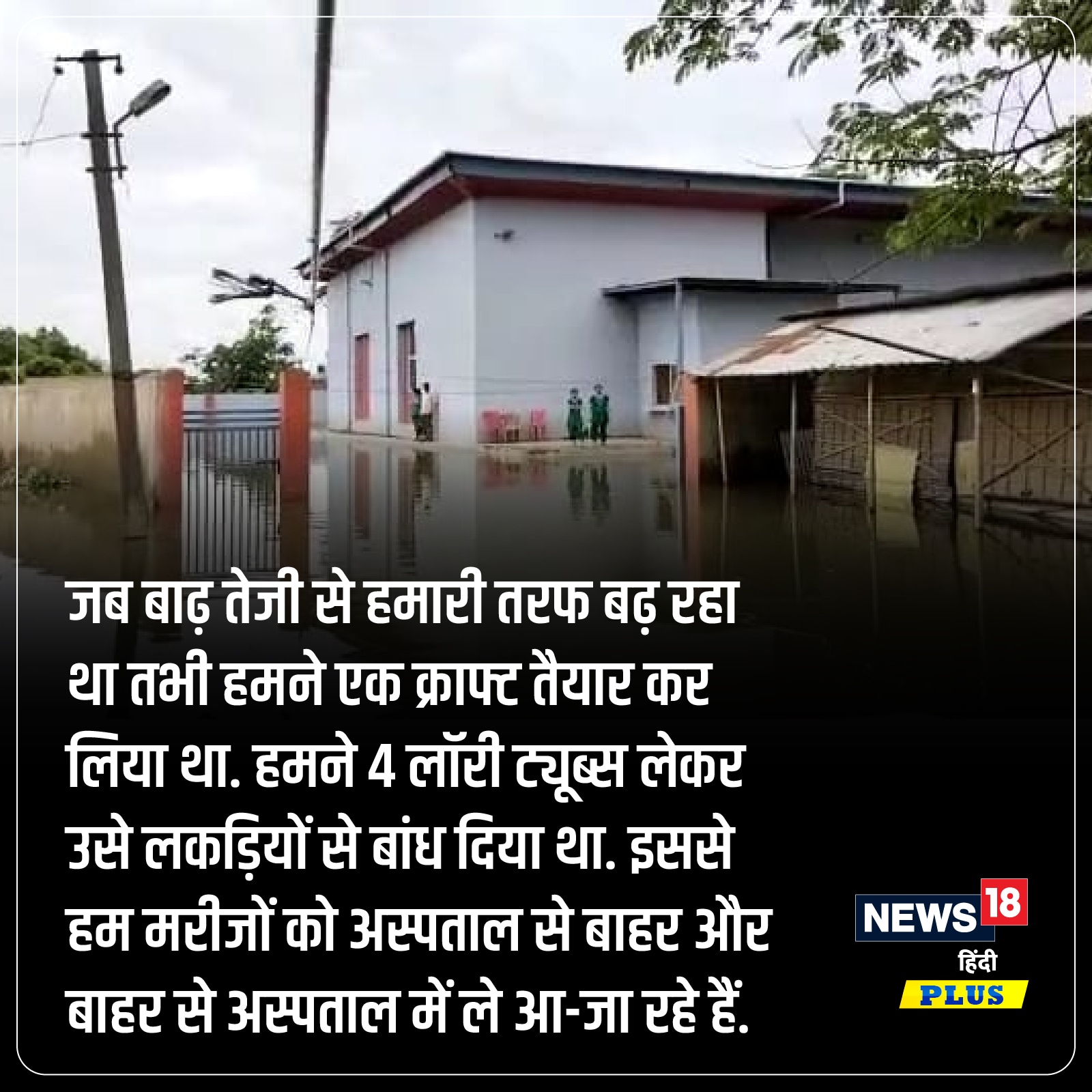 On the other hand Dr. Kannan says, “We had prepared a craft when the flood was moving fast towards us. We took 4 lorry tubes and tied it to the woods. With this, we are taking patients out of the hospital and from outside to the hospital. He himself is keeping an eye on everything and trying to help everyone.

Dr. Ravi Kannan came to Assam from Chennai in 2007
Let us tell you that Dr. Ravi Kannan had shifted from Chennai to Assam in 2007. He was leading a settled life at that time, but he had come to Assam to help the patients. Gradually he prepared the hospital. Increase the beds there and increase the number of nurses. Along with this, started visiting the houses. Started teaching the people who came with the patients and started making them aware.