Bangalore. On the basis of 3 centuries including Rajat Patidar, the team of MP has come closer to its first Ranji title. On Saturday, the fourth day of the match, the team got out in the final after scoring 536 runs in the first innings. Rajat Patidar scored 122, Yash Dubey scored 133 and Shubham Sharma scored 116 runs. Apart from this, fast bowler Sarshan Jain also played an important innings of 57 runs. Mumbai had scored 374 runs in the first innings. In this way, MP has got a good lead of 162 runs. For Mumbai, left-arm spinner Shams Mulani once again performed well and took 5 wickets for 173 runs. There is still more than one day of play left.

On the fourth day of the match, MP started playing 368 for 3 in the first innings. The team was still behind Mumbai by 6 runs. Rajat Patidar remained unbeaten on 67 and captain Aditya Srivastava remained unbeaten on 11. These two batsmen took the team to 400 runs. Aditya but could not play big innings. He fell victim to fast bowler Mohit Awasthi after scoring 25 runs off 69 balls. After this, Akshat Raghuvanshi, who scored 9 runs, Tushar Deshpande and Parth Sahani became the victim of Mulani after scoring 11 runs. The score of MP became 430 for 6 wickets. 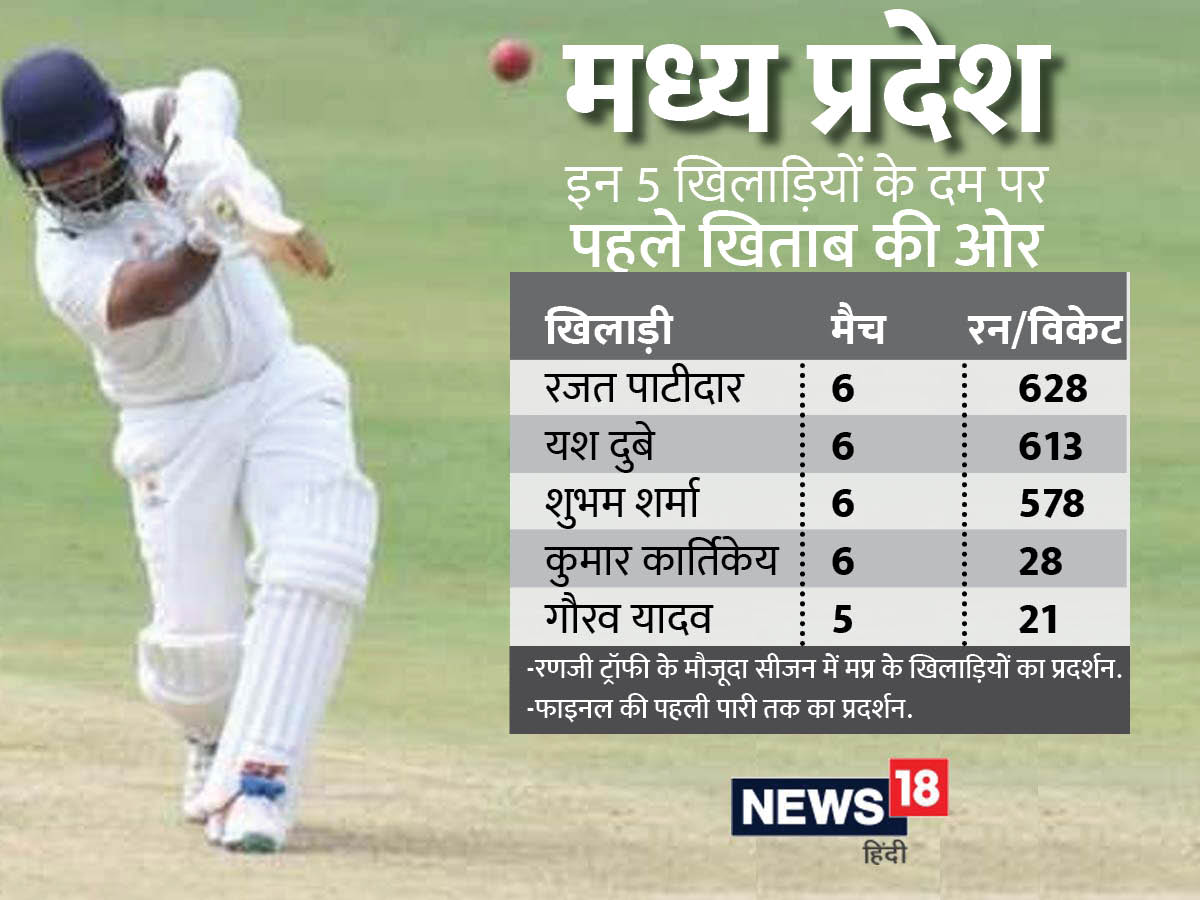 Patidar and Saransh made half-century partnership

After this Rajat Patidar completed his second century of the current season and shared a 53-run partnership for the 7th wicket with Saransh Jain to bring the score near 500. Patidar was dismissed after scoring 122 runs off 219 balls. Hit 20 fours. He was supported by luck on the third day on the score of 52 runs. He was out, but Mulani’s ball was no-balled. After this, Saransh scored the first half-century of his first-class career. He was dismissed as the last wicket after scoring 57 off 97 balls. He hit 7 fours. Earlier 35 runs was his best score. Tushar Deshpande also took 3 wickets and Mohit Awasthi took 2 wickets for Mumbai. Mumbai’s team has won the Ranji title 41 times. But in the first innings, the team led by Prithvi Shaw was successful in making a big score.