New Delhi. The last match of the 5-Test series between India and England will be played from Friday (July 1) at the Edgbaston Cricket Ground in Birmingham. The Indian team is currently leading 2-1 in the Test series. Team India has a great chance of winning the Edgbaston Test but rain can disturb it. There is a chance of cloudy sky in Birmingham for the first three days. The weather is expected to improve on the fourth day.

The sky will be cloudy on the first day
On the first day of the Edgbaston Test i.e. on Friday, rain can spoil the fun of the game. According to the report of Accuweather.com, there is a possibility of 55 percent rain on the first day. At the same time, the temperature will remain between 10 to 19 degrees throughout the day. The pitch will help the fast bowlers
For the fifth test, it has been decided to change the timing of the test. Now this test match will start half an hour before the scheduled time. The decision to start the match half an hour earlier can be heavy on the team, which will bat first. Batting will not be easy for any team in the morning dew.

Waiting for victory at Edgbaston for 55 years
India has been waiting to win at Edgbaston Cricket Ground for 55 years. Team India played the last match here four years ago under the leadership of Virat Kohli. India has played 7 Tests between 1967-2018 at this ground. But, till now the account of the Indian team has not been opened. India has lost 6 Tests at this ground while one match was drawn. England has not lost a Test match at this ground since 2008. He was last defeated by South Africa by five wickets. 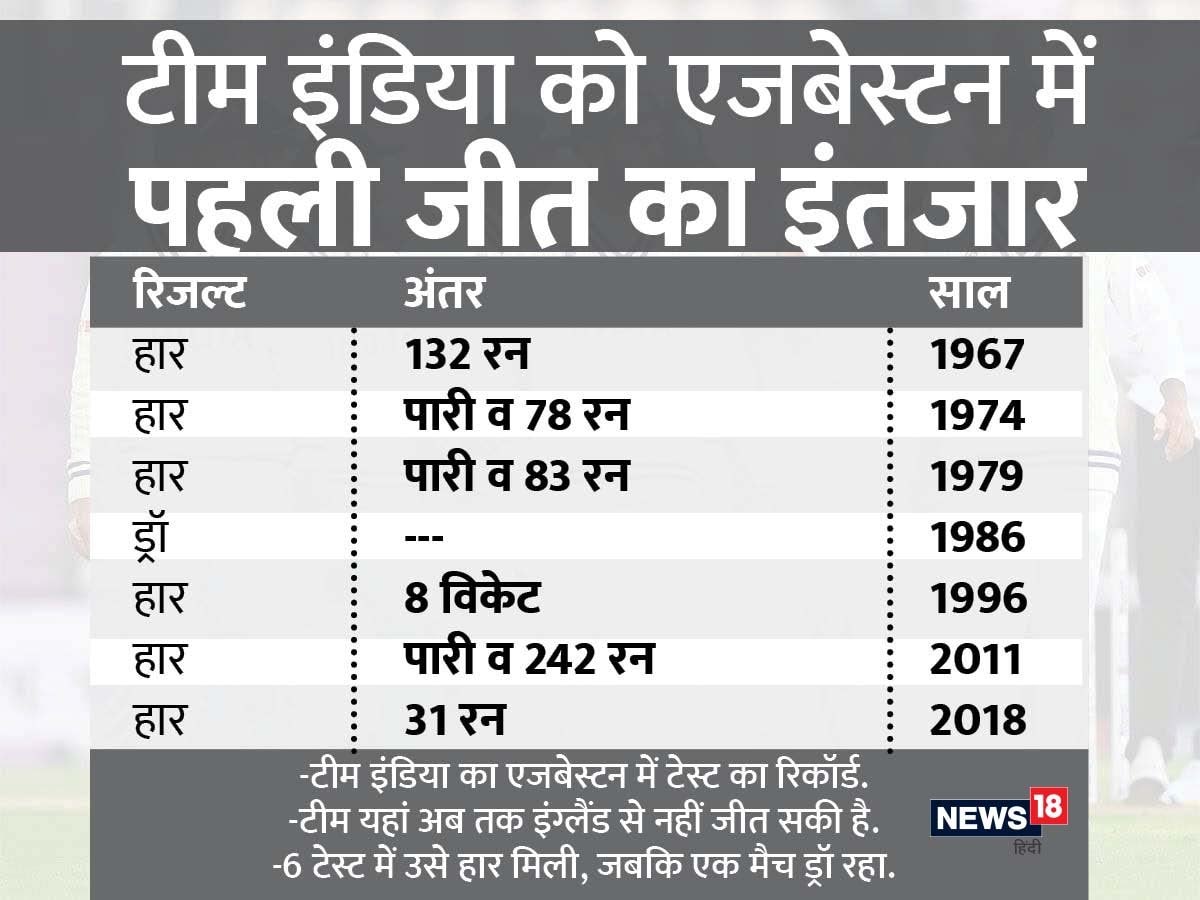 When and where will the 5th Test between India and England be played, watch live like this

Ravindra Jadeja or Ravichandran Ashwin? Who got the place in the playing XI… the answer of the former coach surprised